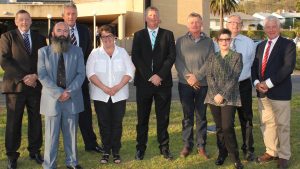 All Councillor engagements are listed at Item 6 in the monthly Ordinary Meeting Agendas.