Gundagai’s town netball courts will receive an upgrade thanks to funds from the NSW State Government’s Stronger Communities Fund. The fund which is administered by Cootamundra-Gundagai Regional Council has $200,000 set aside from the $9 million major projects program to fund the upgrade.

CGRC intends to develop the site as a fully functional recreational area to cater for the various sporting groups who use the facility. Which include netball, basketball, tennis, badminton and handball.

CGRC plans to upgrade the lighting, install shelters and storage facilities. At present only two of the four courts have lighting towers, there is little seating and inadequate shelter and storage provisions.

Situated within Councils existing recreational and swimming pool area, the Netball complex is ideally located to share facilities such as toilet blocks, canteens, playgrounds, and BBQ’s that are all in close proximity. The site is also accessible by all forms of transport including pedestrian and cycling routes.

“These upgrades will improve this site as recreational and functional sporting area, encouraging the community to participate in a variety of sports,” he said.

Mr McAlister also added the upgrades could see netball carnivals conducted at the site which will bring visitors to Gundagai. 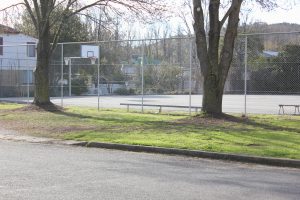