Cootamundra-Gundagai Regional Council (CGRC) will have a new Interim General Manager in 2023. Mr Steve McGrath has accepted the position and will commence duties overseeing Council operations early in the new year.

CGRC mayor Cr Charlie Sheahan announced the appointment to staff last week and said he was very pleased that the position of interim General Manager had been offered to Mr McGrath. Mayor Sheahan went on to thank staff for their patience during difficult and uncertain times and extended his sincerest appreciation to the current interim GM, Mr Les McMahon.

“The interview panel decision was unanimous. Steve has had 30 years’ experience as a General Manager, most recently the General Manager at Coffs Harbour City Council, and is no stranger to our region having served as the GM for Young from 1991 to 2000. I look forward to working with and learning from Steve as he brings his wealth of experience to guide our council, staff, and communities through this uncertain time,” Cr Sheahan said.

“I would like to personally thank Les McMahon for his efforts throughout the year. His appointment initially was for a three-month period and was extended unexpectedly due to the demerger process. Les was engaged as IGM for a short period until we had appointed a new GM but with the announcement of the Boundaries Commission review of the merger meant we could not guarantee a position, so the process had to be on hold until the decision was made. I cannot thank Les enough for his support and service over the past nine months,” Cr Sheahan added.

The Minister for Local Government, Wendy Tuckerman made the announcement that that CGRC would be demerged back to the former two Councils, Cootamundra and Gundagai Shires in September 2022, the interim General Manager position is in place for the transitional period until the demerger process is complete. General Managers will be appointed to each Council when the Councils are demerged.

Picture and caption: Mr Steve McGrath has been appointed as Interim General Manager of CGRC and will commence duties in the new year. 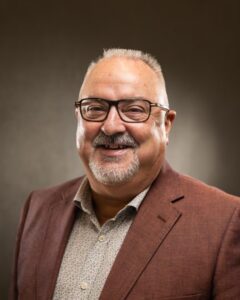