Concerns raised by local school bus operators regarding the unsafe practices being undertaken by parents/carers at local schools during drop off and pick up times have been heard and acted upon by Council and local police.

A recent meeting held with local bus operators and Cootamundra-Gundagai Regional Council’s (CGRC) Road Safety Officer (RSO), Kylie Grybaitis, has seen local police patrolling school zones. Bus operators highlighted that vehicles were stopping in bus zones, parking illegally and pedestrians were not using designated crossing areas. The RSO spent some time at local schools during drop off and pick up times to observe the practices that were taking place and alerted local police to the problems witnessed and reported on by bus operators.

CGRC RSO Kylie Grybaitis said motorists need to be reminded that school zones are in place to protect children.

“As parents and carers, we need to do everything we can to ensure the safety of all children and promote safe behaviour on our roads,” Ms Grybaitis said.

Large banners were placed at two schools in Cootamundra to remind motorists of their responsibilities.

“A lot of people state they didn’t realise, it is an offence to park in bus zones, double park and stop in no stopping zones, even with the large banners displayed on school fences. Police have been patrolling and over 40 educational stops were conducted, and infringement notices issued to repeat offenders,” Ms Grybaitis said.

The bus operators were appreciative of the action being taken, with one stating it is an accident waiting to happen!

Large banners have been erected at some local schools reminding motorists of their responsibilities when picking up and dropping off students. 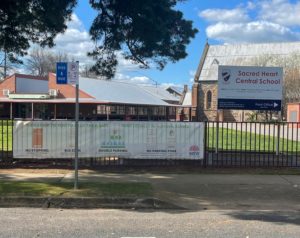 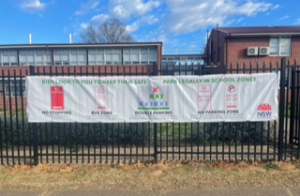 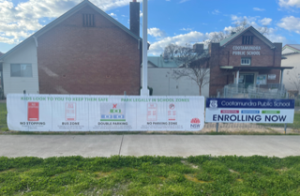