Stage 1 road works on the Olympic Highway at the Gap Bridge is expected to be completed by the end of April.

The $1.8 million upgrade being fully funded by Transport for New South Wales (TfNSW) is expected to be completed by Thursday 30 April 2020, weather permitting. Works were undertaken predominately by CGRC staff and aided by specialist contractors and was done under the Cootamundra-Regional Council’s contractual agreements with TfNSW.

All works undertaken in this project have been designed and installed to current Australian Standards.

Stage two of the project is scheduled for later in the year and will be dependent on TfNSW funds. This stage will involve works from the Campbell Street intersection to join up with the current works.

New line marking is part of the $1.8 million project to improve safety on the Olympic Highway at the Gap Bridge. 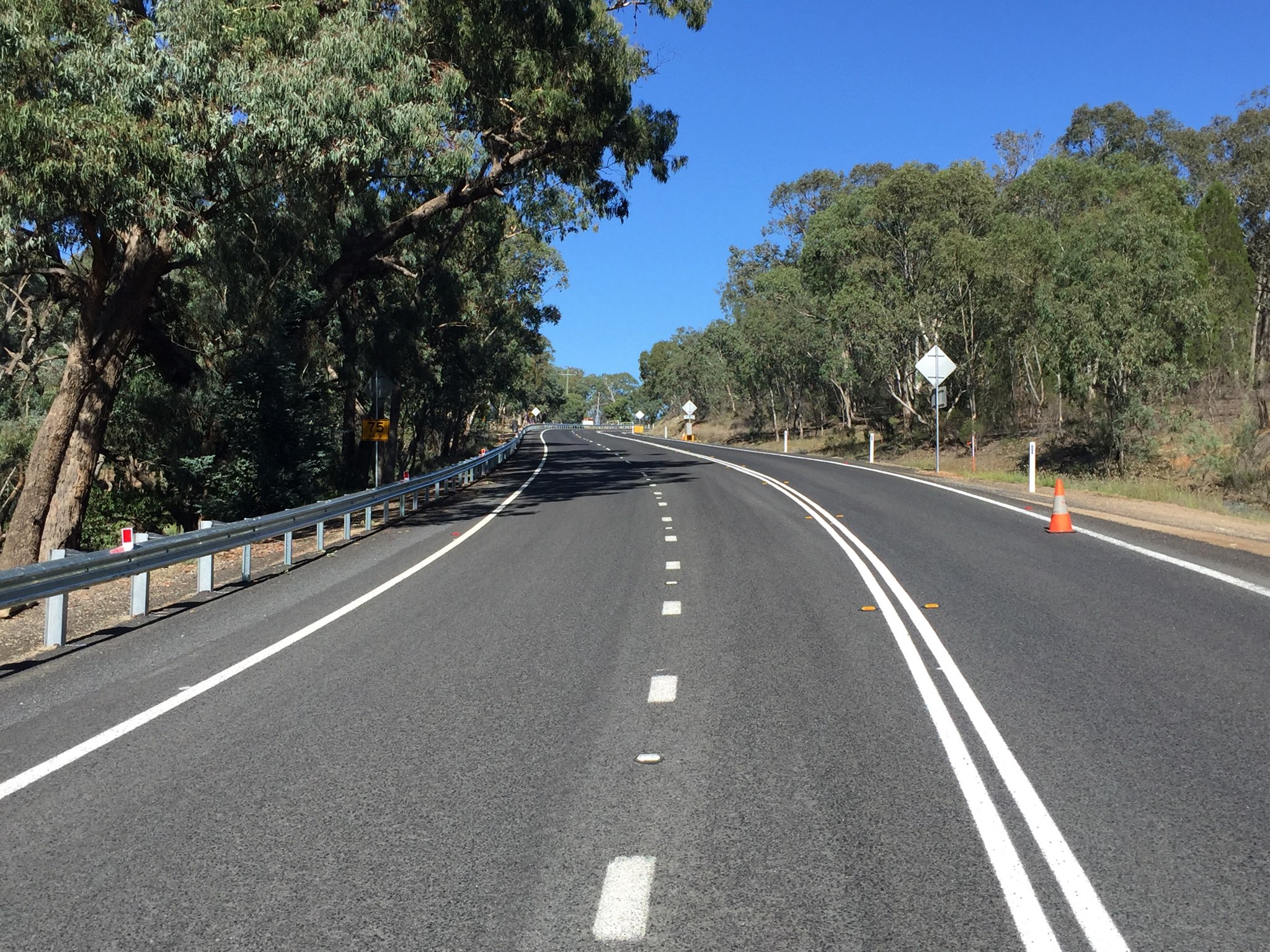 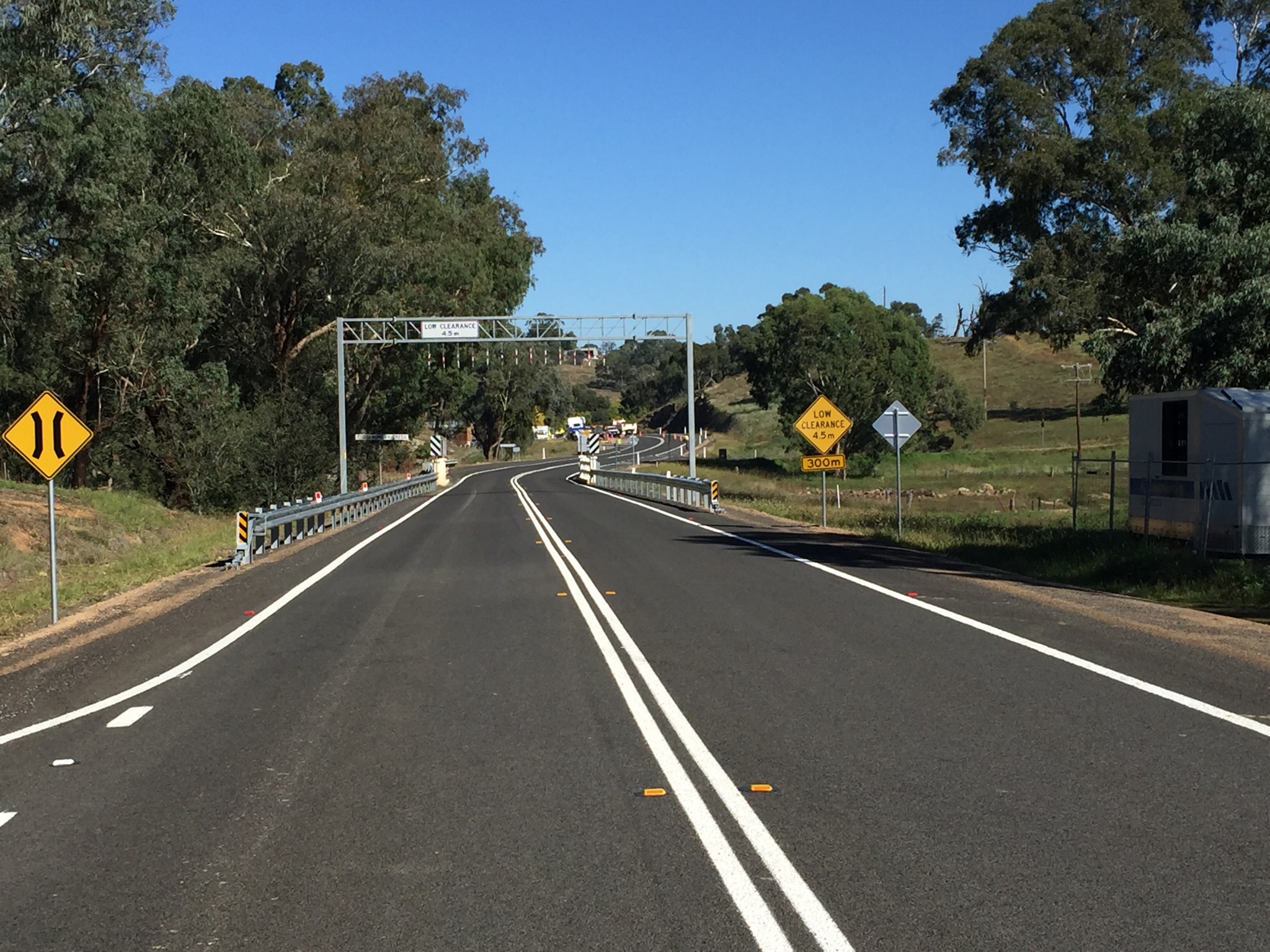