Cootamundra-Gundagai Regional Council (CGRC) has just completed its annual road resealing program around the LGA. The program included works on rural bitumen roads and town streets in both Cootamundra and Gundagai.

All resealed roads/streets are determined from Council’s asset management data whereby the roads are prioritised depending on the existing seal condition. Councils program states that generally all roads should be resealed in a 15 year cycle with each new seal providing a waterproofing layer to prevent water ingress and subsequent pavement damage.

The line marking has included Dragon’s Teeth in the school zone areas, which are a painted series of triangular road markings placed in pairs on each side of a lane or road. The aim of Dragon’s Teeth line marking is to  further increase the visibility of school zones for motorists and provide a constant reinforcement to slow down to 40 km/h around schools.

CGRC has completed the annual road sealing program across the LGA, new line marking has also been carried out. A drone photo of the Dragon’s Teeth marking at Sacred Heart School in Thompson Street Cootamundra clearly defines the 40km/h school zone. 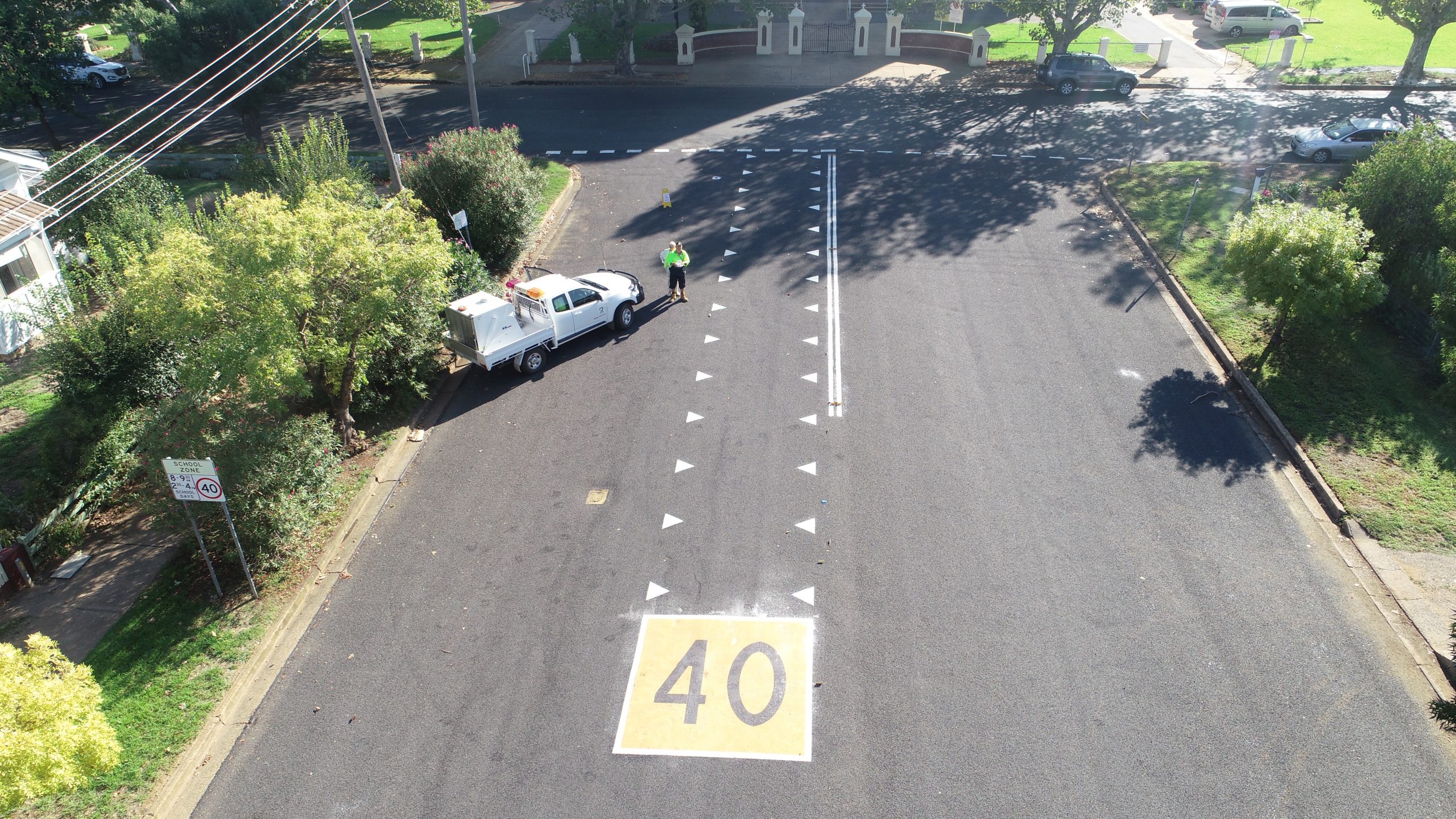