Cootamundra-Gundagai Regional Council (CGRC), Parks and Gardens teams are dismayed at the waste of resources and ratepayer dollars, whilst cleaning up graffiti in Cootamundra’s Nicholson Park.

Local police have been contacted and will be patrolling the area regularly.

“We saw some incidents of vandalism in Cootamundra’s parks late last year, however bringing it to the attention of the public and police investigations, we saw an arrest and Parks and Gardens staff reported that vandalism had decreased. It now seems that culprits are at it again, and that’s disappointing for all,” Cr Sheahan said.

The graffiti has occurred on three separate occasions over the three nights in Nicholson Park, the “tag” looks similar and could be the work of one person.

“We are appealing to the public, if you see anything suspicious around our parks, please contact the Cootamundra Police. The money spent on cleaning this up, and the resources needed are all eating into Councils’ budget for improvements to Parks and Gardens, it’s a senseless and selfish act,” Cr Sheahan added.

Residents are asked to contact Council or the Police if they see dubious behaviour around public toilet areas and report any damage as soon as possible.

Vandals have attacked at Cootamundra’s Nicholson Park, with meaningless graffiti sprayed on doors, splash backs and other areas of the public toilets. 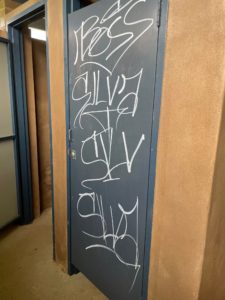 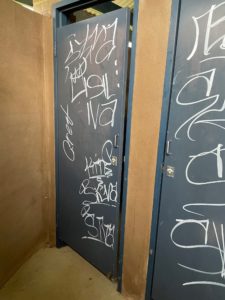 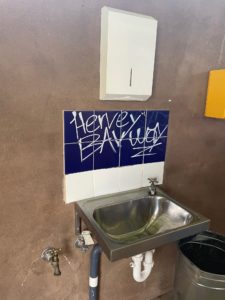