Cootamundra-Gundagai Regional Council mayor Councillor Abb McAlister has made an impassioned plea to fellow councillors and the community to write to the NSW State Government Premier Gladys Berejiklian and Deputy Premier John Barilaro seeking a decision on the proposed de-merger of the Council.

In a mayoral minute, presented at last weeks Ordinary Council meeting, the Mayor came out and expressed his disgust at the time being taken by the Premier, the Government and Minister for Local Government in making an announcement either way, considering the Boundaries Commission report was presented months ago.

“We put our case for a demerger to the government through the Boundaries Commission review. We want what the State government needs and wants – to have financially sustainable local governments and communities that feel they can prosper.

We had two ‘moderately’ sustainable Councils prior to amalgamation. When we separate, we will quickly dispense with diseconomies and return to our former cost structures. In addition, we will have additional revenue from higher fees implemented last year as well as the proposed SRV. Logically this would have to dictate that both separated Councils would be more sustainable than they were at the time of the TCorp reviews (2013),” Cr McAlister said in his mayoral minute.

“It’s time for the public to get involved and ensure a sane decision is made.

I strongly encourage all our residents to share their sentiments once again with the Premier and Deputy Premier at this critical time in the deliberation of a demerger,” he added.

CGRC mayor Cr Abb McAlister has made an ardent appeal to the community through a Mayoral Minute to contact the NSW Premier and Deputy Premier seeking a decision on the proposed de-merger of the Council. 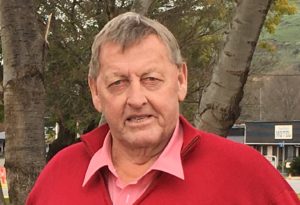