Long servicing councillor, Mr Craig Stewart has resigned from his position as a councillor on the Cootamundra-Gundagai Regional Council.

Better known as “Stewie”, Mr Stewart has served his community since 2012, as a councillor in the former Cootamundra Shire Council and then being re-elected in the merged Council Cootamundra-Gundagai in 2017.

Mr Stewart said it was with great sadness that he was standing down and did not want to cease representing the community he loves, but the decision to resign has been the right one.

“It has been a challenging time for Council, Council Managers, Office Workers, Councillors and rate payers.
I have enjoyed my time immensely and am proud to have served on Council,” Mr Stewart said in his resignation letter to Councillors.

CGRC mayor Cr Abb McAlister said he was saddened by Mr Stewarts decision, but understood the motives behind it.

“Cr Stewart has been a stalwart in his service to this community, being a councillor brings many challenges, obligations and commitments. I fully respect Stewie’s decision, health must come first. He has served his community in his Councillor role well and has made valuable contributions along the way. We are sad to see him go and are wishing him all the best for the future, and sincerely thank him for his involvement and service to Council and the community,” Cr McAlister said.

With NSW Local Government elections due in September this year, Mr Stewarts resignation will not trigger a bi-election.

Photo and caption: Craig “Stewie” Stewart has resigned from his role a Councillor with the Cootamundra-Gundagai Regional Council. 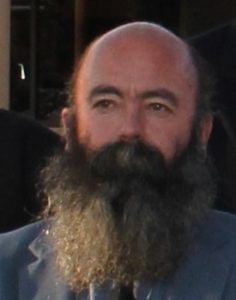