The delegation will voice the Council’s case in regard to the merger of the former Cootamundra and Gundagai Shires, the detrimental effect the merger has had on the respective communities, and the severe financial crisis Council is now facing as a result of the forced merger in 2016.

“They just aren’t listening. Our residents are angry. We’ve done everything we can to bring to the attention of the NSW Government, over a period of four years, that this merger just isn’t working,” Cr McAlister said.

Although Councillors discussed the trip to Sydney at January’s ordinary Council meeting, the decision was decisively made following yesterday’s extraordinary meeting, where Councillors resolved to make a submission to IPART for a Special Rate Variation (SRV). The SRV will see Council seeking a 53.5% rate increase over the next four years.

“We spoke to the Minister, Shelley Hancock, in 2019, and predicted this financial predicament, we asked for assistance, and we asked for the opportunity to sit down and work through the situation to look for solutions. Ms Hancock just wasn’t interested,” Cr McAlister said.

“Every year since the merger, at NSW Local Government conferences, in front of the very politicians that made this disastrous decision, we have argued our case, we have put the facts and figures up, we have talked about the negative effect the merger has had on our communities. They just don’t care.”

“We might only be a constituency of 12,000 voters, but we have a majority of residents who are angry, dissatisfied and disillusioned. The financial impacts of this SRV will be detrimental to the region across the board. Homeowners will suffer, investors in the property market will be forced to increase rents, which in turn will force hardship on the vulnerable and disadvantaged.”

“As a Council, we will have to look at cutting back services, and certainly will not be able to introduce new services, initiatives and innovative programs. This flies in the face of our vision statement – A vibrant region attracting people, investment and business through innovation, diversity and community spirit.” Cr McAlister added.

“We will be standing out the front of Parliament House on Tuesday morning, making our plea to all who will listen, regardless of whether meetings are arranged.” Cr McAlister said. 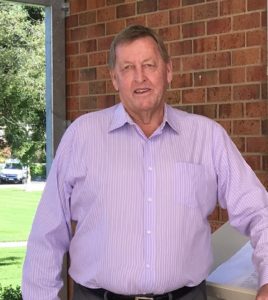