COMMUNITY URGED TO CONSULT OVER SRV

COMMUNITY URGED TO CONSULT OVER SRV

Cootamundra-Gundagai Regional Council (CGRC), has indicated that it will apply to the Independent Pricing and Regulatory Tribunal (IPART) for a Special Rate Variation (SRV) for the 2021-22 year. A special rate variation allows Council to increase rates by more than the annual IPART rate cap.

The purpose of the SRV is to try to assure financial sustainability, with a view to maintaining service levels wherever possible (including planned asset renewals), in response to very significant cost pressures imposed by the May 2016 forced amalgamation, and subsequent rate path freeze.

Council has engaged Professor Joseph Drew one of the world’s leading local government reform scholars and respected academic in Local Government to assist with the IPART submission.

Professor Drew said that his recent research clearly demonstrates that the May 2016 forced amalgamations resulted in an average increase to local government unit costs in the order of 11.2%.

“Unfortunately, the State government chose to also freeze rate paths, prevent SRVs and rate harmonisation for several years following amalgamation which has only made matters worse. Therefore, to fix the financial damage done to this community it is absolutely essential that a rather large SRV is approved for the next financial year,” Professor Drew said.

“I really feel for both communities, because I know they resisted this amalgamation at the time, and I wish there was a way to avoid inflicting this pain on ratepayers, but sadly there is not. Indeed, I know of other amalgamated Councils applying for double digit rate increases for the 2021/22 round of SRVs, and I have good reason to expect even more for the 2022/23 year,” Professor Drew added.

The cumulative impact of the special rate variation is substantial and sits at 62.6 percent over five years, including the assumed rate peg.

Professor Drew urged ratepayers to carefully read the comprehensive information pack that they will shortly receive in the post.

The material provides detailed information regarding the need for the special rate variation, as well as a guide to the effect that the proposed SRV would have on average rates for the various categories of ratepayers.

Prior to determining the size of the SRV requested of IPART, Council has considered other options, as outlined in the addendum to the Operational Plan and the Long-Term Financial Plan.

“During preparation for the 2020/21 budget, Council did significant work to improve efficiency and is on target to realise savings in excess of $2 million. These savings will continue in the later years. Council also plans to reduce capital expenditure on transport infrastructure in 2021/22 and reduce employee costs by a further $500,000 per year from 2022/23,” Professor Drew said.

In early 2020 Council had Professor Drew conduct a financial sustainability review of Cootamundra-Gundagai Regional Council. He concluded that without a substantial SRV, Council’s solvency was at risk.

Deloittes also confirmed that Council’s financial position was grave in their work for the Boundaries Commission. Deloittes is a multinational professional services network and is one of the Big Four accounting organizations.

CGRC General Manager, Mr Phil McMurray said, the need for an SRV responds to a structural imbalance in the operating budget that has emerged since amalgamation.

“Quite simply Council’s required expenditure for staff, materials, and contracts exceeds its revenue. Council has made considerable cost savings recently, and plans to do more in the future, however the consensus of both external reviews is that an SRV is absolutely essential,” Mr McMurray said.

McMurray added “If we don’t get the SRV approved then to ensure solvency we would either have to cut employee costs by 25%, capital expenditure by 30%, or a combination of the two. We believe that the community would not find the significant decline in infrastructure and services that would occur under these scenarios to be acceptable.”

CGRC Mayor Cr Abb McAlister stated that all Councillors are very conscious of the hardship that the special rate variation may cause and have recently reviewed the hardship policy.

“We invite the community to provide feedback on the hardship policy. In addition, we really want to hear what the community has to say regarding the SRV, special rate variation. To ensure that people are truly heard we have appointed a friend of the community in Professor Drew, to lead the citizen engagement. Joseph is excellent at explaining local government finance problems and I urge residents to take the opportunities to learn more about this important subject,”

In addition, the community are invited to fill in the SRV survey form that will be included in the information that will soon be arriving in mailboxes or pick up one by dropping into Council offices in Cootamundra and Gundagai.

Council intends to conduct two citizen juries on Monday 18th January 2021 at the Alby Schultz Meeting Centre in Cootamundra from 10am till 2pm and on Tuesday 19th January 2021 at the Gundagai Council Chambers from 10am till 2pm. If you would like to be a part of the Citizen Jury Panel, please complete the Expressions of Interest (EOI) prior to Friday 8th January 2021 and return to Council offices either in person or by mail to PO Box 420 Cootamundra NSW 2590. EOI’s can also be submitted via email to mail@cgrc.nsw.gov.au (Please mark Citizen Jury EOI in the subject line). Council will be posting short videos to the website soon to further explain matters relating to the Fact Sheet, survey and EOI.

Public comment is invited on the Draft Addendum to Delivery Program, Long Term Financial Plan, and Draft Hardship Policy and Debt Recovery Policy which are all currently on public exhibition on Council’s website.  These documents include discussion of the financial consequences of the Status Quo and proposed SRV, as well as policies to address possible financial hardship of individual ratepayers. These can be viewed by following this link: https://www.cgrc.nsw.gov.au/connect-with-us/have-your-say/documents-on-public-exhibition/

“In summary, we have investigated the need for an SRV thoroughly and have concluded, along with Professor Drew, that it is sadly an unavoidable consequence of the unpopular forced amalgamation” Cr McAlister added. 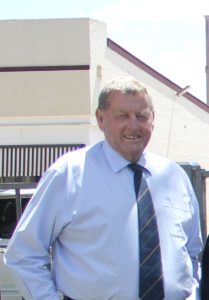