Cootamundra-Gundagai Regional Council’s (CGRC) Parks and Gardens team members had the distressing task of disposing of a dead Pink Galah in the playground area at Cootamundra’s Fisher Park area today.

The bird had apparently been shot according to witnesses with an arrow, and was wounded before dying in what would have been a cruel and painful ordeal.

CGRC mayor Cr Abb McAlister was horrified and said the perpetrators should be ashamed of themselves.

“This is a truly horrible incident. The cruelty to inflict this type of injury to any animal is abhorrent. To even hunt a native species bird in the confines of town defies belief. The area in which this happened is frequented by children and is a high pedestrian route,” Cr McAlister said.

“The risk of harm to people who visit the area was high, and the sheer act disgusts me, I feel for our parks and gardens staff who have had to deal with this and the persons responsible should be ashamed of themselves,” Cr McAlister added.

Cootamundra police have been informed of the find, which included the arrow (pictured below). Witnesses or anyone with information are requested to contact Cootamundra Police.

Photo and caption: Pictured is the arrow found today in the playground area in Cootamundra’s Fisher Park. CGRC Parks and Garden’s staff had the distressing task of removing a dead Pink Galah that had been shot with the arrow. 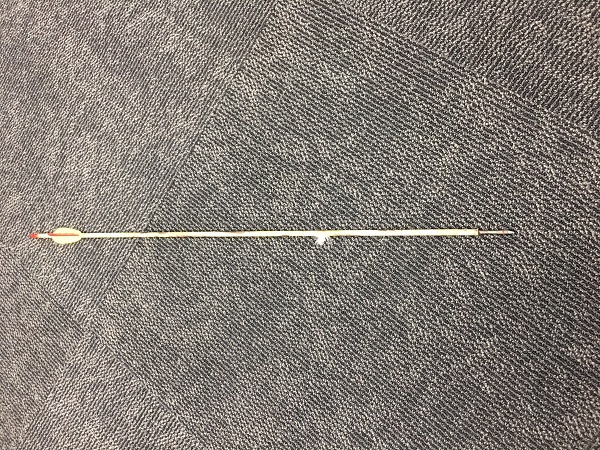