Cootamundra’s netball fraternity will soon be enjoying new courts thanks to the NSW State Government Stronger Country Communities Fund, Round Two grant. Work commenced last week, with CootamundraGundagai Regional Council employees and contractors demolishing the old courts to make way for two new courts.
State Member for Cootamundra Steph Cooke, said the project will inject new life into netball in Cootamundra.
“Sport plays such a big role in bringing communities together, and it’s fantastic that these courts will be receiving a much-needed upgrade. The old courts were completely inadequate with cracks and an uneven surface. I’m pleased this project will result in safe and usable courts for the Cootamundra community,” Ms Cooke said.
CGRC mayor Cr Abb McAlister agreed with Ms Cooke’s statement adding that the new area will also have some extras.
“We will see new lights installed, a new clubroom/timekeepers and storage area erected, the courts will be marked up for basketball and netball, with reversible posts catering to both sports. There will be a safe run off area and the court surface will be an artificial, durable and long lasting surface,” Cr McAlister said.
The project is expected to be completed in February.
Photo and caption:
Demolition commenced last week on the old netball courts in Cootamundra, the new courts are expected to see a resurgence in the popular sport. 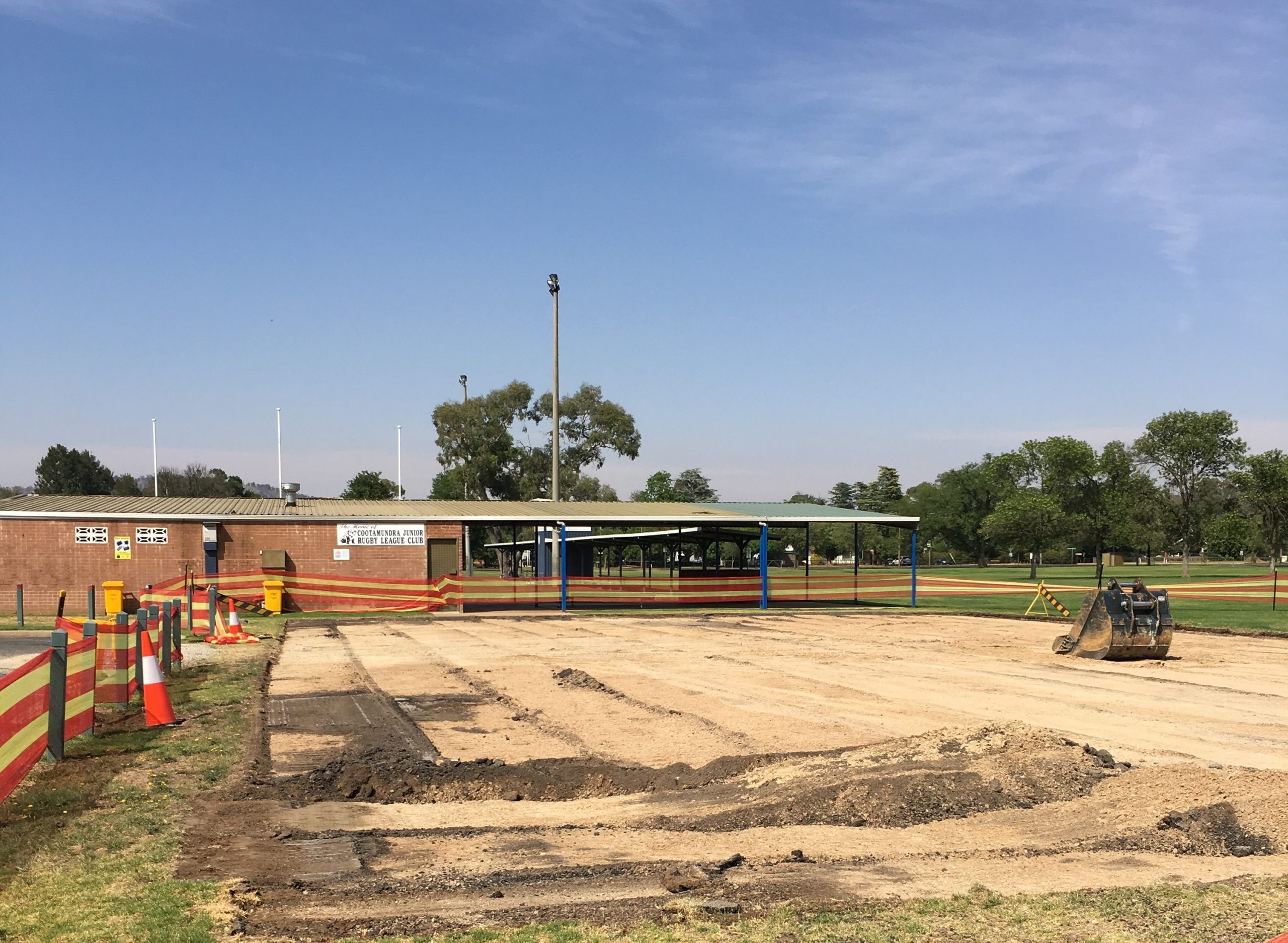