Win a Swag with your Plan B

Win a Swag with your Plan B

Residents across the region are urged to consider a Plan B, when participating in Christmas activities that will see them drinking alcohol.

Plan B is an initiative between the Cootamundra Gundagai Regional Council (CGRC), Transport for NSW and the NSW Police and aims at reducing alcohol related crashes on our roads.

The Plan B campaign kicks off in the CGRC area on Friday 6th December with more than 9 licenced venues agreeing to host the program. The promotion aims to raise discussion among the community and encourages patrons to responsibly plan ahead for making for their way home after consuming alcohol at venues.

The promotion encourages patrons to write their Plan B on an entry form to win a Swag valued at more than $250. Cootamundra Gundagai Regional Council has participated in Plan B – Win a Swag promotion since 2015. The venues that participated in the 2019 Easter campaign strongly supported the pre- Christmas /end of year season and have joined with CGRC, TfNSW and NSW Police to again participate.

“Tis the season to be jolly, and we all enjoy getting together at this time of year, but I urge everyone who is out and about to consider their Plan B, how they are going to get home if they have consumed too much alcohol.

“I’m pleased so many local venues are participating and showing their responsibility in getting the conversation started,” Cr McAlister said.

Venues participating in the Plan B – Win a Swag promotion across the CGRC region are:

The What’s Your Plan B?’ drink driving campaign supporting the ‘Win a Swag’ competition is run across regional NSW in December each year to address the alarming figures on NSW country roads. 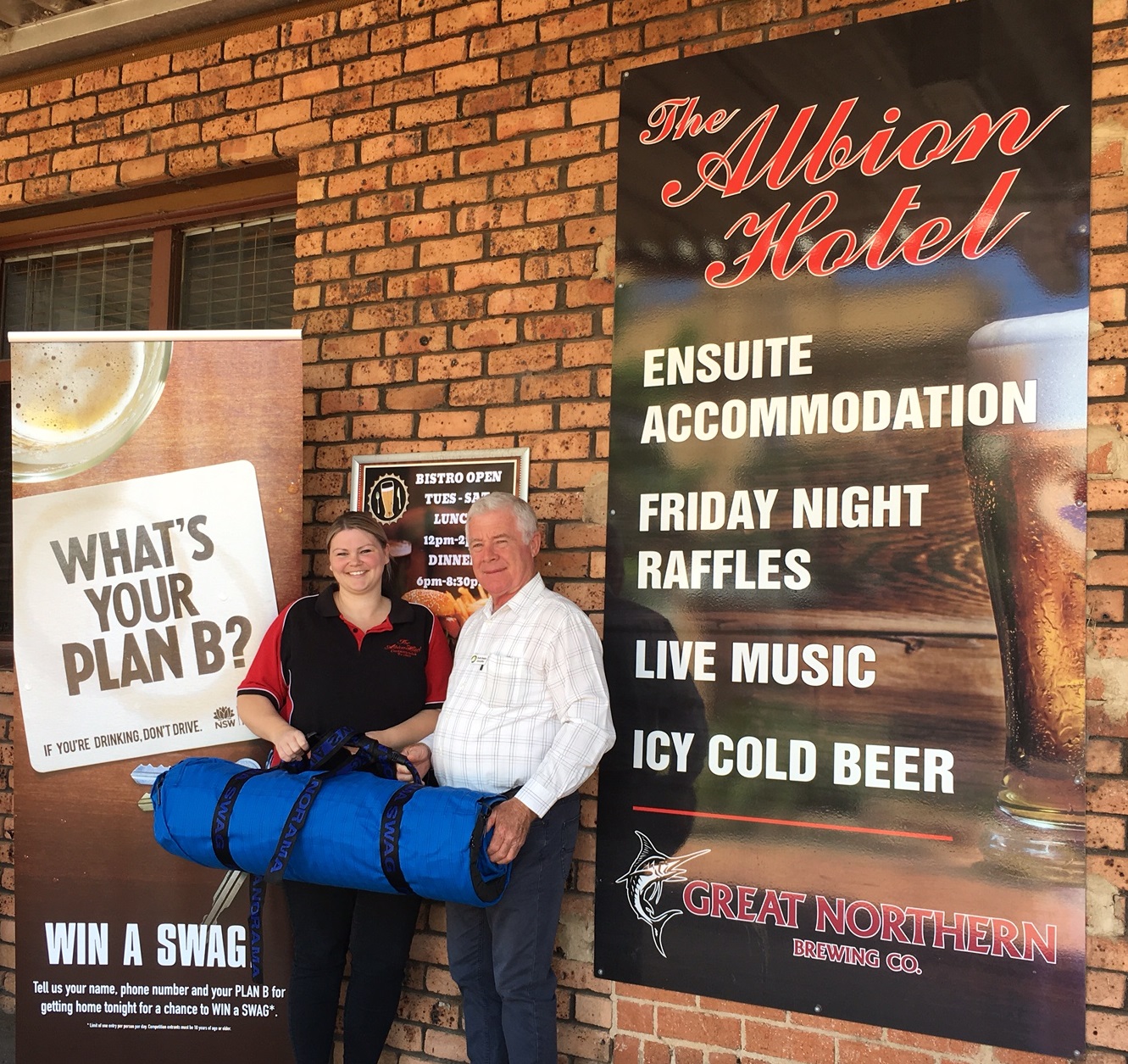