Anzac Park Rejuvenation
The home of the Gundagai Tigers and a host of junior sporting venues, is currently undergoing a rejuvenation by Cootamundra-Gundagai Regional Council (CGRC).
New fencing is being installed to protect players and passing traffic. A new toilet block is being installed and diseased trees have been removed to make way for new tree plantings. The iconic front entrance will see garden beds installed and another dedicated junior rugby league field created.
CGRC mayor Cr Abb McAlister said the whole precinct along Anzac Park, Morley’s Creek, and Yarri Park has received a lot of attention lately.
“We have been able to renew the fencing around Yarri Park, install the footbridge and fishing platform on Morley’s Creek, construct the new canteen and dressing sheds on Stan Crowe Oval and give the entrance to Anzac Park a transformation. The whole area is well utilised and we hope these new improvements will further enhance this precinct,” Cr McAlister said.
CGRC Manager of Facilities Andrew Brock said he was reluctant to remove the trees at the entrance to Anzac Park.
“Many of the large trees had large white ant infestations and were diseased, we had to make the decision to remove them for public safety, and will be replacing them with a more suitable tree for the area,” Mr Brock said.
“The new toilet block foundations and drainage have been installed and residents will see this facility constructed over the next few months, thanks to a grant from the NSW State Government to the Southside Supporters Group,” Mr Brock added.
Photos and captions:
1: Large Trees were removed at Anzac Park, the trees had large white ant infestations and were diseased. The removal of trees was for public safety and will be replaced.
2: White ant infestation in trees at Anzac Park
3: Fencing around Yarri Park has seen the removal of the old treated pine fencing. The steel fencing is being replicated in Anzac Park. 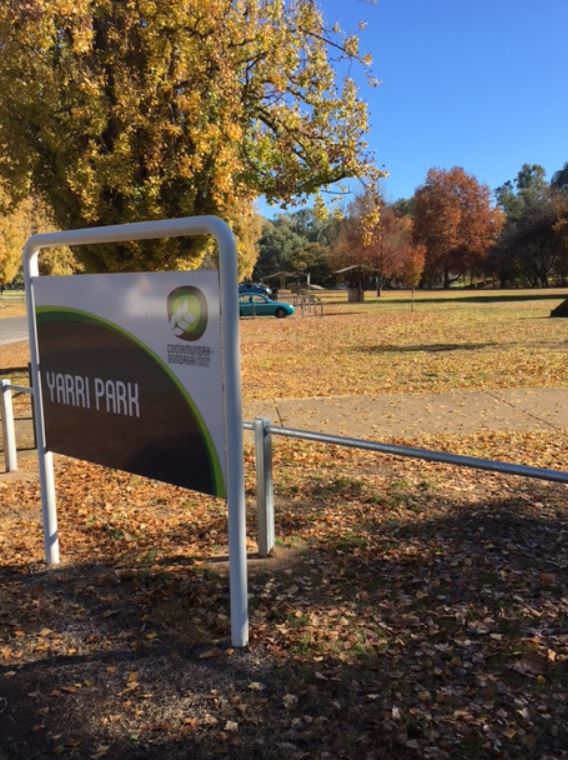