Contractors and Cootamundra-Gundagai Regional Council employees have been undertaking works to replace the bridge supporting the sewer and water main pipes across Muttama Creek. The old structure at the end of Betts Street Cootamundra has seen damage over the years from flooding, with the piers being badly eroded over time, the structure itself was twisted and at risk of collapse.

Temporary by-pass arrangements for water and sewer were installed, prior to cutting of the existing pipes.

A huge crane was brought in to lift the pipes and remove the old structure. New concrete footings were prepared and poured.  A new bridge was transported to site, assembled, and new water and sewer pipes strapped to it. The crane returned to site for the new bridge to be lifted into place and secured.

The Betts Street sewerage pumping station pumps all sewerage from Cootamundra to the sewerage treatment works on Gundagai Road.

Work on the sewer and water mains pipe bridge is expected to be completed soon, following the connection of the new pipes to the existing lines, and removal of the by-pass pipes. 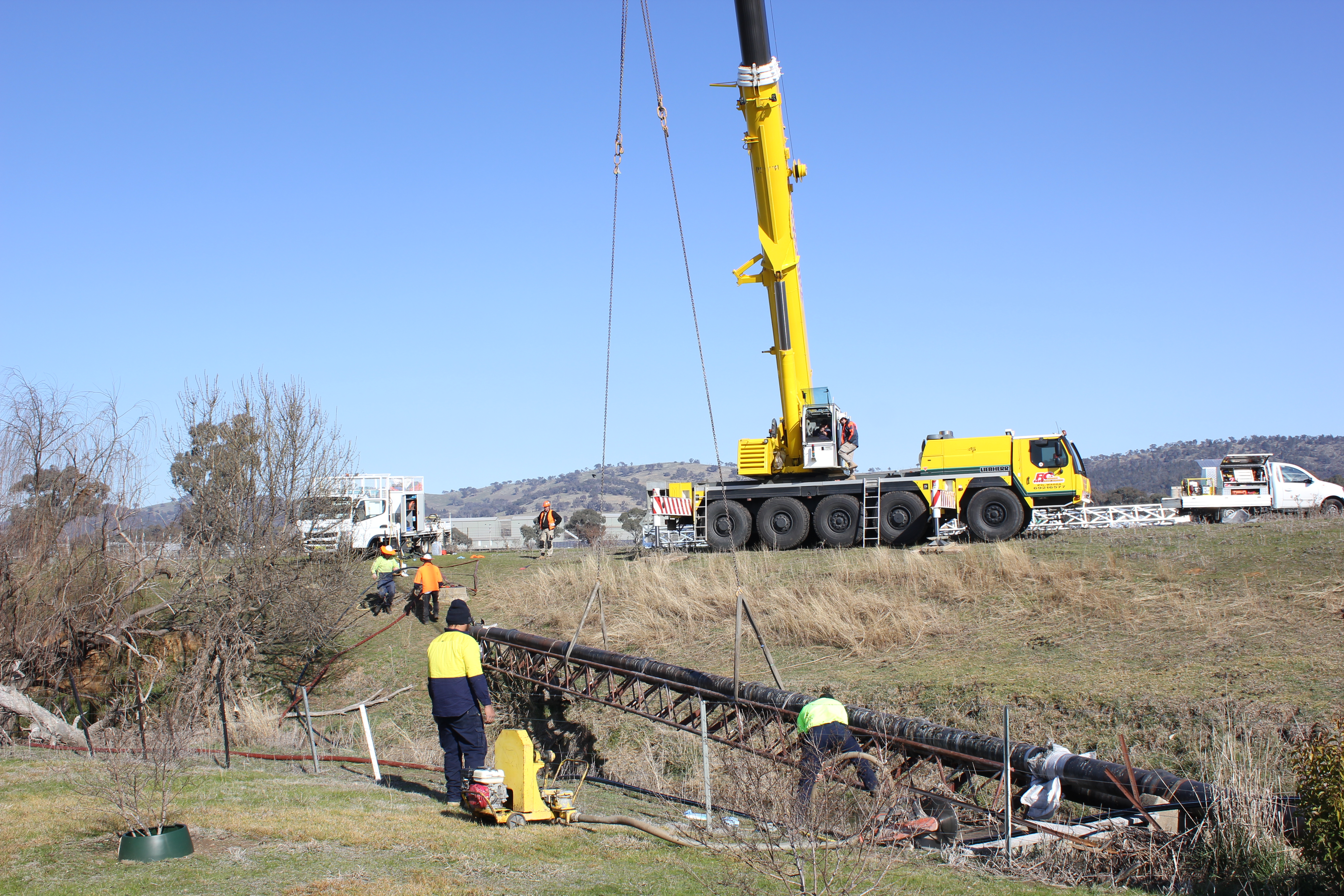